We are part of the Catholic Community of  Good Shepherd Church in Montrose.    This site was created to give you resources to help you in your daily walk with God and to keep you up to date on the latest news and information about our Youth Group events, activities and meetings.

We meet Sunday evenings from 6:00 – 8:00 p.m. in the Youth Room at Good Shepherd Catholic Church, Montrose, unless otherwise noted on the CALENDAR.  All high school teens are welcome to join us.  Feel free to bring a friend.  Our gatherings include: food, fun, faith-sharing, learning, games and friendship.

We hope you enjoy your visit and encourage you to check back often for updates!

Want to know what Youth Group is all about?  Check out our  GSYG: About Us page!

Have a wonderful Summer! We hope to see you in the Fall!!!

Hello, Good Shepherd Parishioners! I am honored and thrilled to be taking on the mantle of Youth Ministry Coordinator, and I thank you all for having me! For any who might not know me, I grew up here in Montrose, left for Ann Arbor to attend U of M, got a Bachelor’s in Biophysics (with a […] 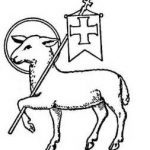 Saint of the Day

Saint of the Day for June 28

The Church is fortunate that Irenaeus was involved in many of its controversies in the second century. He was a student, well trained no doubt, with great patience in investigating, tremendously protective of apostolic teaching, but prompted more by a desire to win over his opponents than to prove them in error.

As bishop of Lyons he was especially concerned with the Gnostics, who took their name from the Greek word for “knowledge.” Claiming access to secret knowledge imparted by Jesus to only a few disciples, their teaching was attracting and confusing many Christians. After thoroughly investigating the various Gnostic sects and their “secret,” Irenaeus showed to what logical conclusions their tenets led. These he contrasted with the teaching of the apostles and the text of Holy Scripture, giving us, in five books, a system of theology of great importance to subsequent times. Moreover, his work, widely used and translated into Latin and Armenian, gradually ended the influence of the Gnostics.

The circumstances and details about his death, like those of his birth and early life in Asia Minor, are not at all clear. However in 2022, Pope Francis named Saint Irenaeus a Doctor of the Church.

A deep and genuine concern for other people will remind us that the discovery of truth is not to be a victory for some and a defeat for others. Unless all can claim a share in that victory, truth itself will continue to be rejected by the losers, because it will be regarded as inseparable from the yoke of defeat. And so, confrontation, controversy and the like might yield to a genuine united search for God’s truth and how it can best be served.